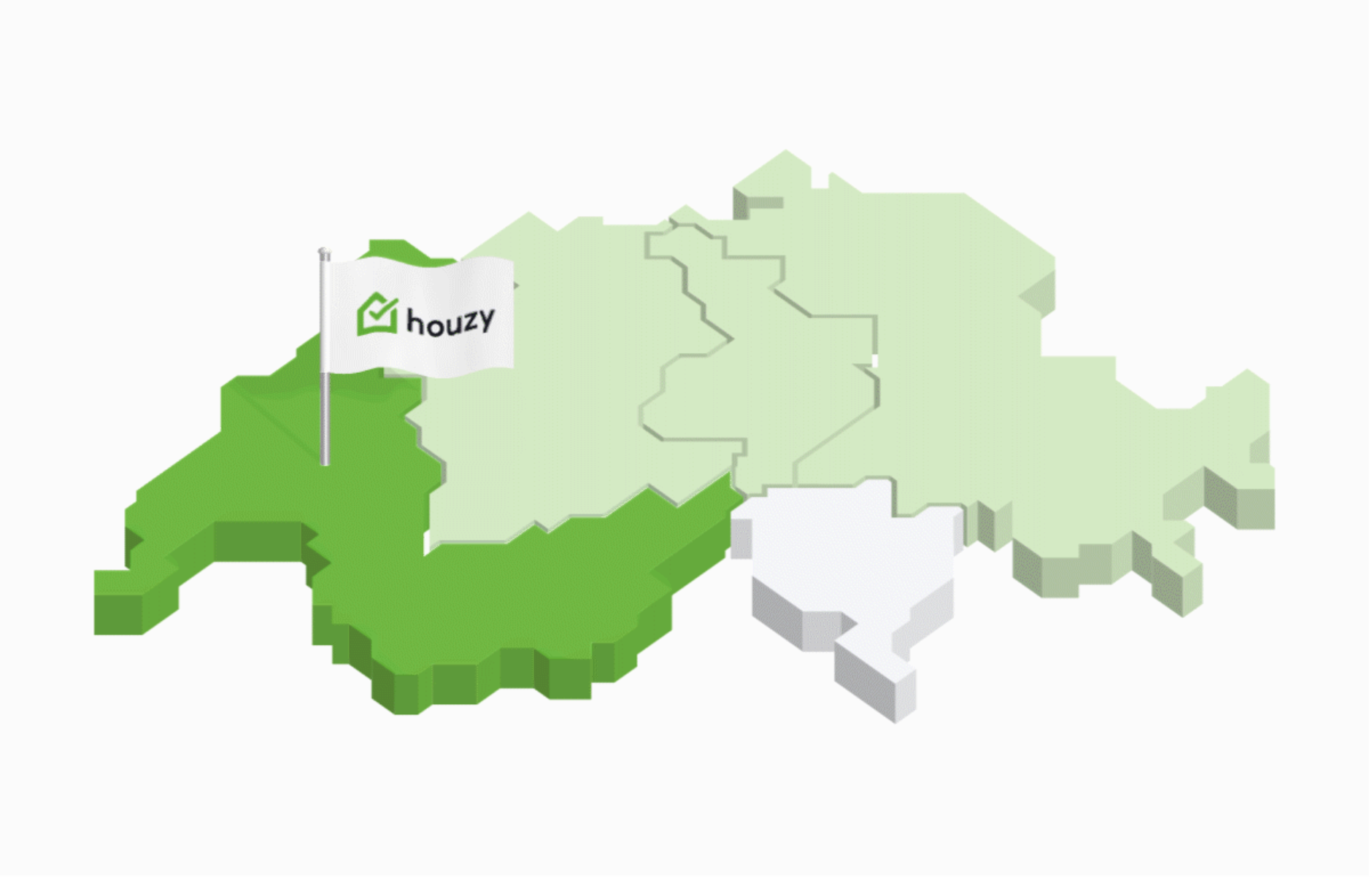 Houzy Expands Across the Romandie

Houzy, the young PropTech startup from Zurich, simplifies life when it comes to home ownership with its digital solutions. Shortly after the announcement of the strategic partnership with key4 by UBS, the next milestone follows. The entire platform and all functions are now available in French as well as German and can be used for properties in French-speaking Switzerland.

The next logical step in development

The startup was founded in 2017 and developed a platform for homeowners that offers numerous tools such as a renovation calculator or a property valuation. While resources were invested in product development and testing in particular in the first two years, the number of users of the platform has been growing strongly since the end of 2019. In the meantime, over 3,000 new users are added per month, so that there are already over 18,000 registered users on the platform. Houzy has already successfully established itself in German-speaking Switzerland and gained a strategically important partner in key4 by UBS. Given its successful development, expansion into French-speaking Switzerland is the next logical step. Ticino is also to be developed by Q1 2021.

Houzy makes home ownership simple. The online platform intelligently links data and derives individual recommendations for each homeowner. For example, when to renovate the heating system and how much money to put aside for this. The start-up is developing the leading platform for homeowners with a lot of expert knowledge (500 experts from ten sectors) and a rapidly growing community.

No items found.
Back to Houzy Magazine