Does a Photovoltaic System Produce Enough Solar Power in Winter?

The influence of sun

For the highest possible efficiency, the modules should be optimally aligned. A photovoltaic system produces the most electricity when the sun shines perpendicularly on its modules. In winter the sun is lower than in summer, so the perfect angle would be steeper. However, there is no point in optimising the modules for winter because they would produce significantly less electricity in summer. That is why a compromise between summer and winter makes sense. Depending on the location and orientation of the photovoltaic system, a roof slope of 30 to 35 percent has proven successful. 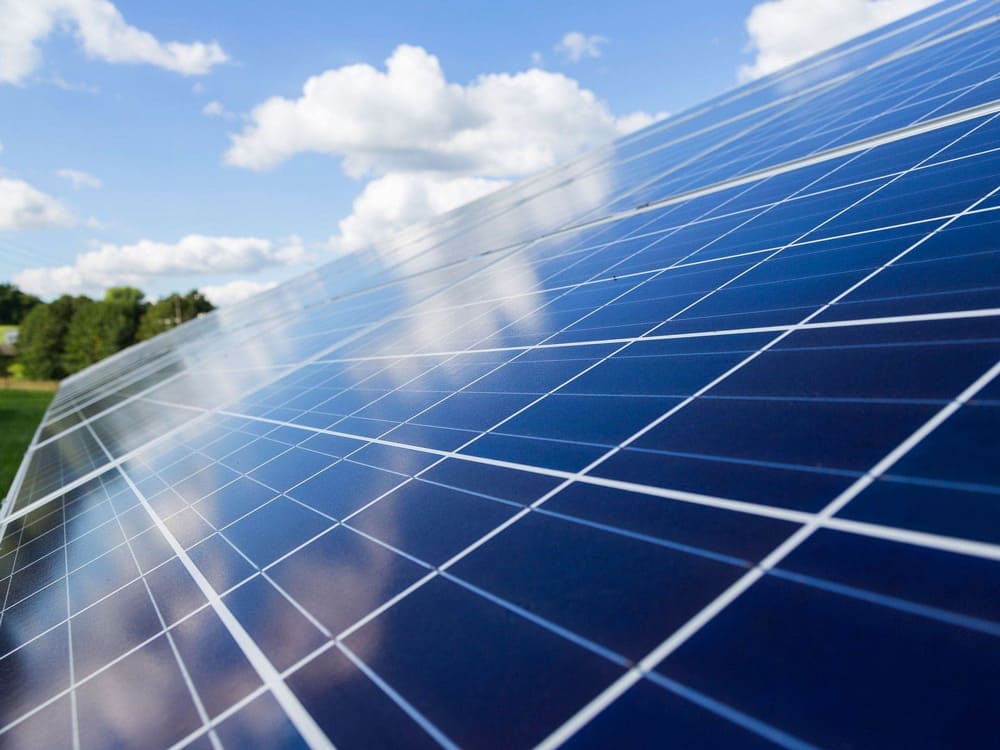 Is Your Roof Suitable for Solar Power?

With our solar calculator, you can analyse the solar potential of your roof in just a few minutes, including self-consumption simulation.
Check Solar Potential Now

The influence of cold

Low temperatures improve the efficiency and thus the effectiveness. A drop in temperature of ten degrees Celsius leads to about four percent more output. This is why photovoltaic systems produce a surprising amount of solar electricity on cold and sunny winter days. Homeowners with a house above the fog cover or in the mountains benefit most from this.

The influence of snow

When there is too much snow on the PV modules, photovoltaic systems do not produce any electricity. This is rather rare in the Central Plateau and usually does not last long. Sunlight penetrates layers of snow up to 15 centimetres thick, which is sufficient for low electricity production in the best case. With thinner or airier snow cover, the yield is greater. In addition, snow usually slides off quickly thanks to the smooth surface and the angle of attack (30 to 35 degrees) of the modules. As soon as the sun's rays warm the exposed module surfaces, the snow slowly melts. Snow lowers the efficiency of solar power systems, but not as much as some believe.

Most households consume the most energy in the morning and evening. However, solar systems produce the most electricity at midday. An intelligent storage solution stores the energy and makes it available later. In summer, this is usually enough to cover all of the household's own consumption; in winter, less expensive electricity has to be purchased. The storage capacity depends on consumption: the largest battery is of no use if too little electricity is produced in winter to fill the storage unit, or too little electricity is consumed in summer to empty it.

Interest in solar power and heat pumps is on the rise

More and more homeowners are using our solar calculator to calculate the solar potential of their house or our heating calculator to calculate the savings potential of heat pumps and other heating systems compared to oil heating. This trend is likely to intensify: On the one hand, electricity prices are expected to rise by almost 4 percent next year according to the Swiss Federal Electricity Commission ElCom, and on the other hand, heating oil prices are 50 percent higher than a year ago. With a photovoltaic system and/or heat pump, homeowners are largely independent of oil and electricity price developments. This should motivate many people who have been thinking about the environment and climate change for a long time to start using renewable energies now.

In addition, the "Yes" of the voters in the Canton of Zurich to the Energy Act should have a signal character for many other cantons. On 28 November 2021, the people of Zurich voted in favour of these important points, among others:

Use our solar calculator to find out whether the roof of your house is suitable for a photovoltaic system. The calculator takes into account the location, your energy consumption and any subsidies and calculates the investment costs and solar potential.

Do you want to protect your car from wind and weather and scratch windows less often in winter? A carport is a reasonable alternative to a garage.

Renovating the Heating System: Is It Even Worth It?

If you want to sustainably reduce your energy consumption, you should take a closer look at your heating system.

When you buy an electrical appliance, one of the things you should compare is its energy efficiency. The new energy labels simplify the comparison.